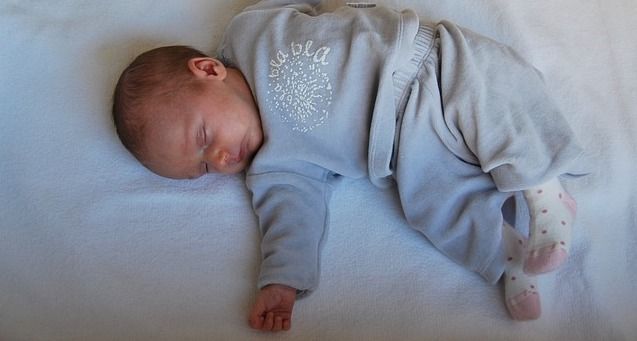 October is Safe Sleep and SIDS Awareness Month. One of First Chance for Children’s Board Member, Dr. Andrew Quint, wrote about his experiences with Sudden Infant Death Syndrome (SIDS) as a pediatrician. It’s important to understand what SIDS is, and how to prevent it to best protect our loved ones. Warning: this article discusses child death.

When I was in training as a pediatric resident in the early 1990s I was often called to the emergency room to try to resuscitate a baby who had been found unresponsive in their crib. Most often the baby was less than 4 months of age and most often the baby could not be saved and died. At that time we didn’t have a very good idea what caused these deaths and we couldn’t offer parents any good advice for how they could prevent these tragedies. The cause of these deaths was named Sudden Infant Death Syndrome (SIDS) because the deaths were sudden, with no warning signs, and they occurred almost exclusively in infants. SIDS has also been called “crib death.”

When I was training to be a pediatrician we routinely recommended to parents that they place their babies on their stomachs to sleep. The common thinking at that time was that this was a safer position than on their backs because there was a concern that if the baby vomited during sleep they might choke and die. Research, however, found that if infants were placed to sleep on their stomachs, their risk of dying from SIDS increased by at least two-fold.

As a result of such research, the “Back-to-Sleep” Campaign was initiated in 1994 by a collaboration between several organizations including the American Academy of Pediatrics (AAP) and SIDS groups. This campaign encouraged parents to put their babies to sleep on their backs in order to reduce the risk of SIDS.

Subsequent research found that between 1993 and 2010, as a result of this campaign, the percent of infants placed to sleep on their backs increased from 17% to 73% and the number of infants dying from SIDS decreased by 70%. Still, in 2017, 1360 babies died of SIDS so the problem has not gone away.