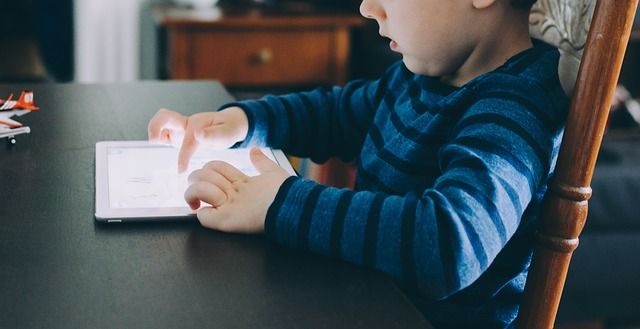 Here at First Chance we know we don’t have all the answers, and we value the perspective of those in our community. We reached out to our good friend, and preschool teacher Marcus to see what his thoughts were on this new study. Here’s what he had to say:

“The study by Hutton, Dudley, and Horowitz-Kraus about the relationships between screen-based media and brain white matter integrity in preschool children was fascinating, to say the least. I suppose I have some insight into the matter because I am a preschool teacher, but the study seems to suggest that the more young children are exposed to screen time, the more adverse the effects on them, whether it be shorter attention spans or behavioral concerns. And for what it’s worth, we’ve been led to believe similar things in any school where I’ve been employed.

But, I would hesitate to say that all screen time is a net negative for preschoolers. In fact, in my humble opinion, I’d go so far as to say that when marshaled properly and within reason, it can be a good thing. It’s been my experience thus far that the relationship between students, their exposure to screen-based media, and the effects – both physical and mental – that said relationship has on their productivity is like many other things: it depends on the moderation of the usage. There are hundreds of resources and programs available through the use of screen-based media that make my job not only easier, but more fun AND flexible for both me and my students. Music and movement-based educational apps such as GoNoodle that probably weren’t even around 10 years ago are invaluable because they can be used inside or outside, rain or shine. One of my very core beliefs is that so much of the way we learn can and should be through means outside of a traditional curriculum. This includes but is certainly not limited to screen-based media, and a healthy influx of screen time can make a world of difference in the way a child learns. I’m certainly not advocating for an all screen-based media education for anyone, but it’s like honey – use it judiciously, and it can augment learning in many tangible ways, but overuse it, and it becomes a crutch and unquestionably detrimental to our health.

Furthermore, this study doesn’t appear to specify types of screens or take into account how much screens have changed over the years. Gone are the days of turning on a large, boxy TV that would sizzle with palpable radiation for minutes even after it was turned off. Tablets, computers, smart phones, and TVs are all easily available now, but the amount of glare and radiation they emit are nowhere near the amount that was emitted from a TV 15 years ago. It stands to reason that having children sit still for hours on end, eyes rapt on whatever cartoon or show has been thrown on with little regard to its educational value, can be harmful to their growth and development; I don’t think there’s any argument to be had there. But as always, it’s the margins of the debate – what kinds of screens? How much have they changed? How are they being used? – that inform the true crux of the matter, and I’d venture to guess that if those questions are also being accounted for equally, the results might sway accordingly. “

So- what Marcus is saying is this: technology is a valuable tool, but as the study shows, and as he’s saying we must be considerate in our use- being intentional in the time spent on the device, the content being shown, and how all of that fits into a larger learning strategy.

Got other questions? Want to dig deeper? Give us a call!